The world of business and technology is continuously changing and evolving. There are always transitions happening, which often means learning and adapting to new systems — as is the case in the USD London Interbank Offered Rate (LIBOR) transition to use the Secured Overnight Financing Rate (SOFR).

The shift to the new benchmark rate is slated to happen by the end of 2021, making it essential to understand the new system and how it will affect your market.

Other major 2020 economic discussions have meant the transition from LIBOR to SOFR may have faded to the background. It is still happening, though, and the change will be here soon. This guide will help you get ready for the transition, breaking down everything you need to know about the shift, why it’s happening, what it means, and who it will impact. 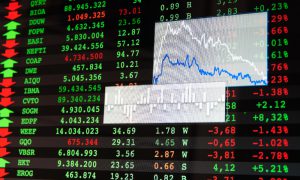 Understanding the Basics of LIBOR

So, what is LIBOR and why do you need to know about it? LIBOR is the world’s most widely used benchmark interest rate for short-term — overnight to one year — loans and is administered by the Intercontinental Exchange (ICE). This reference rate indicates borrowing costs between banks.

A few facts to keep in mind:

Why Has LIBOR Lost Favor?

LIBOR has been the leading benchmark interest rate for short-term lending since its inception in 1984, but transactions that use it began to decrease following the financial crisis in 2008. The crisis and subsequent decrease in transactions prompted an investigation that led officials in the United States and United Kingdom to uncover a crucial fact: Traders had been manipulating LIBOR for both bank and personal profit.

The result was billions of dollars in fines for banks and prison sentences for the traders found guilty. The scandal made it apparent that there was a need for a switch to a different benchmark that would be less easily manipulated.

How SOFR Will Change Things

SOFR is a secured interbank overnight interest rate used as a benchmark for dollar-denominated derivatives and loans. It is a comprehensive measure of the overnight borrowing costs of cash with Treasury securities as collateral.

A few important notes about it and its role:

The LIBOR to SOFR Transition

The switch was called for following the aforementioned investigation’s findings. LIBOR increasingly became based on estimates following the 2008 crisis-related economic decline. In contrast, SOFR is a secured daily rate with numbers based on observable daily trading activity with a volume over $1 trillion. It is seen as more stable and less easily manipulated, too, making it an ideal replacement benchmark.

Change doesn’t happen overnight, though and the transition to SOFR is no exception. It will require a major cooperative effort, but experts believe it will lead to a far more resilient financial system. This is because:

As the shift continues, the ARRC offers updated information and guidance regarding the changes taking place. Although initial adoption was slow, investments have since been increasingly using SOFR as their reference rate.

Concerns about SOFR to Watch For

LIBOR’s expiration is looming and SOFR is becoming preferred, but there are still some questions out there. These include:

The prospect of shifting to a new reference rate may seem daunting for many market participants, but overall using SOFR can help build a more stable and secure system. Understanding the rates and how they impact markets is the first step in determining how the shift will affect you. Following a paced transition plan can help you make the switch more smoothly.

A well-built financial widget can help you and your website visitors track changes in necessary rates and other important data. Contact theFinancials.com

today to speak with an expert about any questions you may have about how widgets and data feeds can help your business engage more users and build brand loyalty.

This website uses cookies to improve your experience while you navigate through the website. Out of these cookies, the cookies that are categorized as necessary are stored on your browser as they are essential for the working of basic functionalities of the website. We also use third-party cookies that help us analyze and understand how you use this website. These cookies will be stored in your browser only with your consent. You also have the option to opt-out of these cookies. But opting out of some of these cookies may have an effect on your browsing experience.
Necessary Always Enabled
Necessary cookies are absolutely essential for the website to function properly. This category only includes cookies that ensures basic functionalities and security features of the website. These cookies do not store any personal information.
Non-necessary
Any cookies that may not be particularly necessary for the website to function and is used specifically to collect user personal data via analytics, ads, other embedded contents are termed as non-necessary cookies. It is mandatory to procure user consent prior to running these cookies on your website.
SAVE & ACCEPT